Riding the Rainbow, an Interview with Alex & Allyson Grey


None may be more representative of the growing and glowing global tribe of our times as Alex Grey. By ‘depicting the layers of human anatomy from viscera through to the subtle energy bodies of acupuncture, the aura, chakras and the webs of interlacing energies that link all of consciousness together’ Grey’s paintings have acted as a catalyst and a rallying point for an audience united in the belief that there is something more to humankind, and that forces exist beyond the perceptual boundaries of our usual reality that are integral to the maintenance of the delicate balance of life on our planet that can be communed with through art and creative expression. The trick is to dissolve your personal ego or sense of self so that the ideas, imagery and symbolism displayed in the art are representative of the message awaiting to be conveyed to humanity by a higher power and not the tangled web of often confused human ego seeking self gratification.

Throughout history a small group of people have become visionary artists. They are a group of individuals who live and think outside the laws of the norm and play the role of observer to the events and happenings of their times and the evolution and construct of their society. They illuminate and force the perspective of ones place in the cosmos and are a hearkening reminder and doorway to a new vision of what it means to be human.

I asked Alex if he thought strange experiments while in art school may have made the spirits of art attracted to him as someone willing to go deep beyond the boundaries and limitations of playing the art game or subscribing to conventional belief.

“You know I often wonder about that.” He mused after a deep pause.

Usually visionary artists are either working through the illogical right brain or consolidating their consciousness into a unified perceptual gateway, allowing inflow of ideas and unique observations into an outflowing of symbolic imagery which explains those ideas and opens up eyes to the supernatural way that they perceive the world. When crystallised into a group artists act as a reflective mirror, shining back upon their tribe the events of the times as they see and experience them subjectively, melded with their own personal feelings and insight. An artist’s testimony is true to their internal judgment and sense of what is right and what is just according to basic human instinct and compassion, regardless of the prevailing sociopolitical ideological norms of the time. As such we can use art as a lens through which to view history from the perspective of a human entity who actually lived through the time frame. Therefore their art has a unique personal authenticity based on the information and experiences that arose in the artist’s perceptual field throughout their life’s time.


“Throughout history different world cultures and wisdom traditions have evolved many different ways of patterning the infinite. It’s quite amazing and they are quite compatible actually. These days artists have a unique position. They can mine the cultures of the past or go straight to the culture of the interior by exploring it through various practices that help the artist to deeply see a visionary source that is infinite.”


A visionary artist attempts to break through the layers of reality from the physical, mental and emotional down to the coding and constructs of the subtle and energetic realms that underlie and create reality. A visionary artist may represent the graphical and mechanical workings of nature, archetypal images, geometric patterns and representative scenes which tell a story with a message from the soul. From a mystic or visionary artist’s point of view the transcendent realm, which is beyond all form is the ground of everything, the hidden underlying blue print of reality. It is ‘boundless, vast and empty’ yet contains all possible combinations of the future. The act of creation brings possible forms out of the boundless void of the future and makes it manifest in the world, which is what is meant by to make imminent ‘to bring out into the world.’

I asked Alex if he believed that there was a great spirit of art acting as a guiding force behind all great art conveying messages to humanity.

“Absolutely! Spirit is supporting this reality. It’s a spiritual source! That’s what it is, a creative spirit. See I’m convinced that the creative spirit is the evolutionary wave of consciousness, and it has expressed itself through different cultures at different times throughout civlisation. Everything is tapped into an energy source such as oxygen, or gravity, everything that’s supporting this reality wavelength.”


“The artist attempts to become transparent to a creative source to the best of their ability and so you look to that force or source that is beyond you, whatever you are, and you are tapped in to it like an energy source. That’s what visionary artists do, they paint the transcendental realms from observation.”

Art is important because it can contain an immense amount of information condensed into symbolic imagery which is used to convey a message to the viewer. There are various things an artist can do to expand their consciousness, increase their capability for visions and be able to hear the call of the creative spirit more powerfully. Much like increasing the bandwidth when downloading from the internet.

The secret of a great artist is to still the rambunctious inner ramblings of the ego so that a greater, more powerful voice can emerge from the soul with greater relevance to the world and humanity than the personally gratifying pursuits of  egocentric art. Visionary artists are those that have stilled their inner ramblings and have begun to listen to a new voice and consciousness that has arisen through their visionary practices and their mission is to help others do the same by conveying wisdom and positive energy through their work.
It is a voice that can only be heard by piercing through with ones artistic vision to the heart of reality so that one may hear the resonance of natures true call which at this point is for humanity to sustain itself without throwing the biosphere in which we exist into chaos and disarray through technologically induced ecological disaster. Visionary artists spread the message so that the spirit of consciousness may carry on its evolutionary journey!


There exists a movement in art today of visionary artists from various genres who attempt to bring about the imminantising of the eschaton. Which means their work acts as a counter balance against forces of negativity and destruction coming through the creative matrix in order to maintain the delicate equilibrium of reality from being tipped into chaos.

Visionary artists would argue that the reality we see in the external world is merely a projection of our internal realities onto the reality of the world. An apocalypse therefore would simply be a failure of human imagination and integrity in individual decision making. The prevailing internal environment of our species being the one that gets patterned on to the skin of the world due to the laws of critical mass. A visionary artists mission therefore is to ensure that the viewers internal landscape is one of peace, unity and appreciation of the grandiose wonder of our place in evolution as opposed to a chaotic, wasteful and diseased portrait of disharmony. It is a matter of critical mass and it is our job as a race to tip the scale. Visionary artists are at the forefront of this mission. An old Hopi prophecy says that “there will come a time when the Earth grows sick and when it does a tribe will gather from all the cultures of the World who believe in deeds and not words. They will work to heal it...they will be known as the "Warriors of the Rainbow."

A visionary artwork becomes a symbol of expressed power, meaning and positivity so that the art becomes a force that makes a difference in the world by nurturing the creative spirit and natural human empathy, conscience and benevolence throughout the majority of the population.  Rainbow serpent is a gathering of such artists.

“This whole idea of moment utopia. To be able to glimpse a world working creatively and harmoniously together.”

Imminantising the eschaton is one of the main foci of the Grey’s mission. It is a philosophy which says that
“to reach the inner light at the core of spiritual truth, everybody has access to, you just need the right catalyst.”

An eschaton is almost the antithesis of an apocalypse. An apocalypse would be a global reality based on the projection of our collective fear and negativity as a race of individuals into the world. An eschaton would be the reality created by the projection of our collective unity, creative positivity, peace and love into the world. A vision that has arisen and been glimpsed momentarily alongside glimpses of uncertain alternate futures.

“We want to build architecture to show our solidarity and we hope that people will come and show solidarity in our community because we are a power in the world, that’s what we’re doing here. Like all our festivals (Rainbow serpent, Rainbow in the US, Burning man and Boom festival) that’s what we are, we are presenting ourselves as a power. And we have a voice and we can make a difference and when we come out and get together we show our force that’s why we want to build architecture, that’s what every great society and every great culture has. But we are still working on it, and that is architecture that represents our generation, our community, the Love Tribe. We are hoping to achieve it within the next five years. And if you are a visionary artist then send us your best work to cosm.org because we are always looking for great art and it’s not always easy. We pick a male and a female from every continent for publication in our CoSM journal." 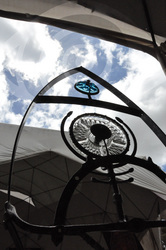 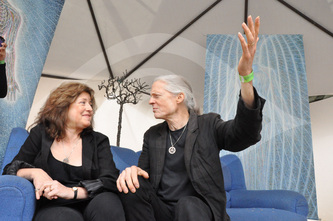 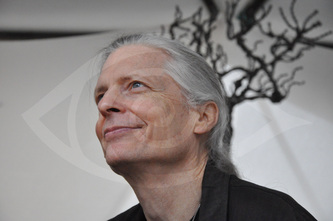 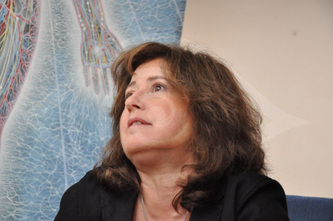 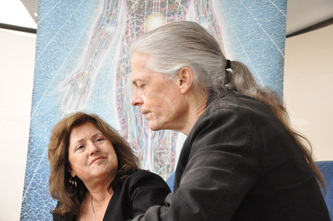 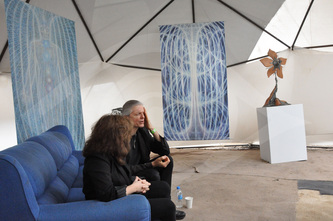 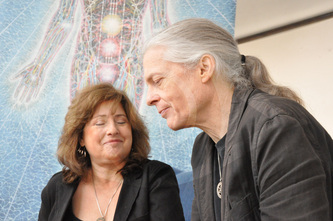 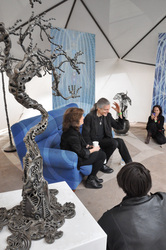 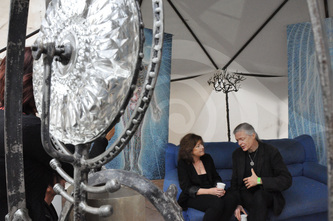 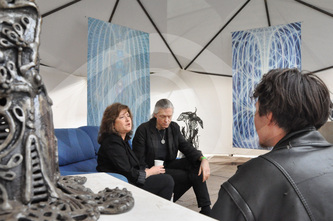 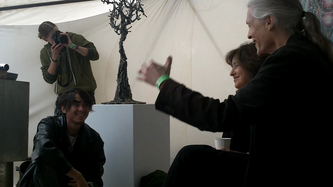